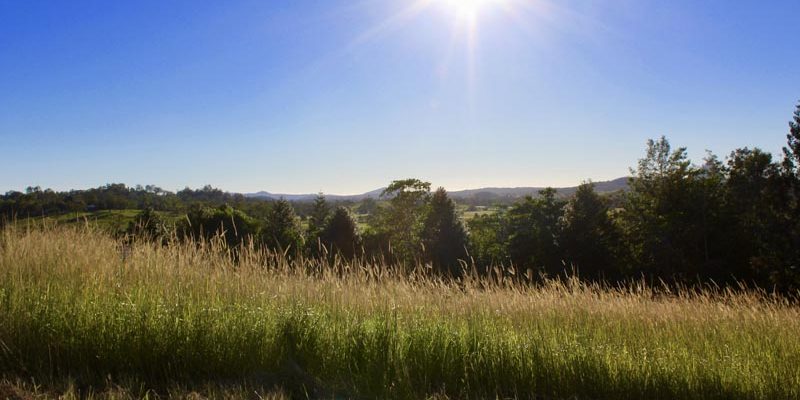 She’s been described as the protégée of famed science communicator Dr Karl Kruszelnicki and astrophysics PhD student Jessica Bloom was certainly one of the shining stars of The Planting this year.

As well as separating science fiction from science fact by delving into faster than space light travel and colliding black holes during her onstage talks, Jessica also led a sizeable group of festivillians on walk in the dark to share what she knows about the night sky.

Despite the lights from the festival, a hill on the outskirts of The Plantings perimeter provided a clear vantage point for a chat about naked eye astronomy.

The night sky was full of delights as it often is at Woodfordia: in one direction lay the Milky Way galaxy and in the other Orion and his belt were seen keeping company with the brightest star in the sky, Sirius.

Sirius helps to form a dog shape, which follows the hunter – Orion, who is always relatively easy to find thanks to his highly recognisable belt.

Navigation at night can be made easy when you know what you’re looking for and most of the crowd gathered to hear Jessica speak could easily identify that most Australian of constellations, the Southern Cross.

Jessica shared a couple of tips on how to determine direction via the Southern Cross, the most of accurate of which was also the simplest to explain.

“Draw a line through the pointers and from top to bottom on the Southern Cross, find where they meet and trace that down.

“That’s one of the ways you can find south.”

After what must have looked like a whole hillside of people bowing their heads tracing an imaginary line down to the horizon, our attention was soon again skyward as keen eyed observers mistook planes for stars and stars for planets.

The only planet we could see with the naked eye was Jupiter, the 5th planet from the sun, which is enormous in size and interest; the gas giant has 67 moons!

Sometimes described as a failed star, Jupiter was the first planet Galileo Galilee saw when he first tilted his telescope skyward and it’s orbiting moons provided the first evidence that Earth was not at the centre of the universe.

And for Jessica, that has special significance.

“It’s kind of amazing that we can just look up and that’s what Galileo saw.”

Even without a telescope, Jessica has an ingenious way of telling the difference between stars and planets.

The reason planets don’t twinkle is because they are close enough to be what’s called ‘spatially extended’. Even with a telescope, a star looks just like a point; a dot, whereas a planet like Jupiter looks more like a disc.

“Twinkle twinkle little star is an astronomers worst nightmare, because it’s really hard to take data when everything is jumping around like that”

One of the younger members of the assembled crowd noted that Jupiter, even without the twinkle, looked like it could form part of the Southern Cross.

And while a constellation like Orion is quite distinctive and unusual, Jessica notes that you can create almost anything by drawing a line between stars.

“They’re a great way of navigating and they’re a really great way about talking about the universe.

“They’re really just what we could see at the time.”