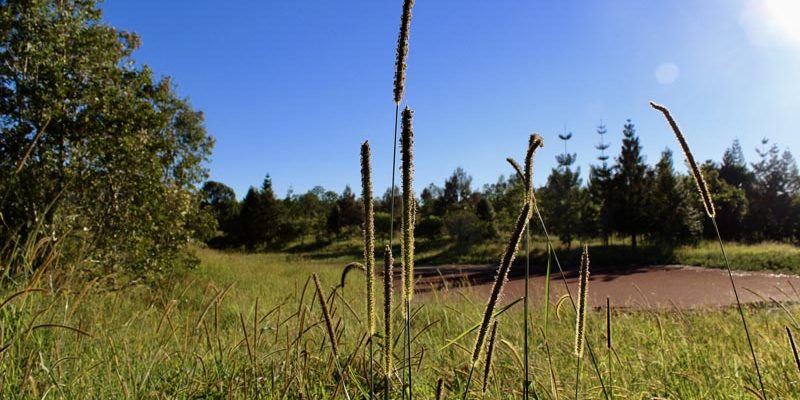 While we try to avoid superlatives when describing the activities and events that take place at Woodfordia, the word ‘inspiring’ springs up not infrequently. So when author and social provocateur Helen Razer found her talk It Doesn’t Start With You at The Planting had been described as inspirational, she worked quickly to dispel that idea.

“I don’t do inspiration. You will not be inspired!” she warned of her talk.

Instead, she spoke for almost an hour against inspiration, daring us to feel ‘bad and hopeless’ instead of ‘good and uplifted’. In fact, she considers it essential that if we are to change the world, to make it a better place, then we should abandon the inspiring.

“Inspiration itself can be sort of a sugar rush that depletes our energy and can diminish our horizon to act and to see and to change things.

“I want to suggest that a degree of uninspired hopelessness is oddly a path to inspirational hope.”

Razer warned of the hopeless contradictions sometimes hidden in describing something as inspirational. One recent example, among several Razer provided during her talk, she found while watching television.

A popular Australian car company recently profiled a man, once an asylum seeker and now a doctor specialising in robotics limb replacement, in a television commercial. Exactly the kind of person you’d find inspiring. And that troubled Razer.

“He has every right to be exceptional, of course. And good on him.

“The inspirational element is what disturbs me here and I hear this a lot, particularly in arguments for asylum. Of course we should grant asylum, but we should grant it to everyone, not just the exceptional.”

Razer went on to argue that we shouldn’t be granting asylum only to counter the fear we might let go of an inspirational figure, which is an idea commercials like the one she saw inadvertently promote.

“Most of us to be frank are pretty bloody ordinary.

“If we weren’t so fixated with inspiration, we might have half a chance.

“Let your belief in excellence fall away every so often. Don’t ask it to sustain you.

“And do believe that even mediocre humans deserve virtue.”