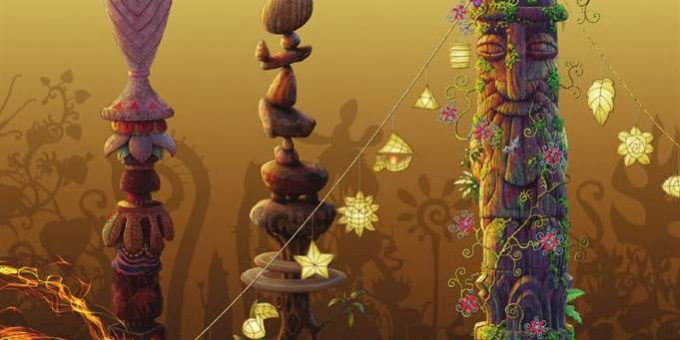 It’s here! The 2017 Planting Festival programme launched over the weekend and we couldn’t be more excited for you to devour each and every page. Held over the Queensland Labour Day long weekend, the festival will feature over 100 artists and presenters, over 300 shows, across 24 venues, which combine with characteristic stalls to make up The Festival Village.

The Planting started out as a community tree planting weekend some 22 years ago, where volunteers took part in regenerating the festival’s five-hundred-acre home, Woodfordia. Since then, The Planting as evolved into a multi-layer festival of talks, forums, workshops, music, food, films, ceremony, and environmental projects; a weekend of community spirit, cultural and intellectual exchange. This year at The Planting, you can look forward to participating in over 110 workshops and masterclasses, ranging from environmental projects and building, visual arts, craft, science, music and food; and at night, there’s a programme of music and entertainment that lights up the village streets. If that all seems too much, take some time out to enjoy the bush view or explore the natural environment. You may find relaxing unenjoyable though because enthusiasm for the Community Tree Plantings is pretty infectious!

Start planning your adventure by checking out some of the the 2017 programme highlights. Don’t miss the excitement of the talks programme at The Planting Festival.

His newspaper work appears regularly in the The Age and The Sydney Morning Herald. He describes his approach as regressive, humorous, messy, mystical, primal and vaudevillian – producing work, which is open to many interpretations and has been widely adapted in education, music, theatre, psychotherapy and spiritual life. Helen Razer is a writer, was a broadcaster and has always been a bit of a loudmouth. She’s worked at the ABC, The Australian and The Age. Then, when the mainstream media shifted, so did she. Helen now writes for The Saturday Paper on gardening and Crikeyon politics and dissent. She has written several non-fiction books, the last of which was about love and the next of which is an introduction to the work of Karl Marx. Stanley Gawurra Gaykamangu is a Yolngu performer hailing from Arnhem Land. In 2016 he won the Northern Territory Song of the Year in the Pop category for the demo version of his song ‘Ratja Yaliyali’, the lead single on his debut album of the same name. This year, Gawurra was nominated for five NIMA awards, and won four of those. Gawurra is passionate about keeping his Gupapungu language strong. Laugh, celebrate our roots and watch with wonder as an incredible array of cabaret, comedy, performance and ceremony are undertaken. We are looking forward to Jenny Wynter, Catherine Deveny, Mediterraneo, Memetica, The Bonfire and The Village Projects.

From Los Angeles clubs to the banks of the Brisbane river, Greg has nitpicked the humour out of every situation he’s found himself in. Astute yet affable, Greg’s career has spanned radio, writing, and live performance across the world. Greg is hosting a stand up comedy masterclass as part of the Artisan Camp Series. For the last nine years Liam has been performing his fun, entertaining and unique brand of magic all around Australia and the world. Liam performs contemporary and unique magic – no top hats, no rabbits, no girls in boxes. Get a taste of what’s to come at The Planting by checking out this video.

To extend your Planting Festival experience, book a masterclass in for the week before the festival as part of the Autumn Artisan Camp Series in the natural bush surrounds of Woodfordia. Final places are still available, for more information and to secure your place: https://theplantingfestival.com/programme/masterclass.html

We welcome you to join us at Woodfordia, where we work and learn by day, and play by night.

Workshops and tickets must be booked online prior to the festival.

Book your workshops and early bird tickets online now for The Planting Festival at Woodfordia, an hour north of Brisbane over the Qld Labour Day long weekend, 28-30th April. We hope to see you there!