The festival is held on a 500-acre parkland located on the Sunshine Coast Hinterland, on Jinibara Country, which is just over 1 hour north of Brisbane.

Our traditional Custodians are members of the Jinibara Nation. The Jinibara people are the registered Native Title Holders for the Woodford area and are comprised of the descendents of Fanny Mason known as Jowalmel who was born in the 1840’s at Woodford and Johnny McKenzie known as Wangiramu born in 1826 near Kilcoy.

Our Custodians Uncle Noel Blair and Uncle Kenny Murphy have been appointed by the elders of the Jinibara to act as their spokespeople and representatives.

The world of the Jinibara is rich in Dreaming places and ceremonial grounds including Bora rings, stone arrangements, camping places, food resource areas and story places. The Jinibara Peoples have many stories that connect them with country and ancestors.

Today, the land is managed by Woodfordia Inc. (formerly the Queensland Folk Federation Inc. or QFF) which presents the Woodford Folk Festival and The Planting Festival annually on the site. The land is dedicated to the arts and humanities and is underpinned by a strong commitment to the environment. Woodfordia Inc. is a not-for-profit organisation (Incorporated Association) and a recognised charity.

The festival land (now known as Woodfordia) was purchased in July 1994 for the purpose of securing a permanent home for the then Maleny Folk Festival. The festival was first held at the Maleny showgrounds on the Easter long weekend of 1987 and from that time until 1993, the festival kept growing at a spectacular rate. After the eighth festival (1992/93) it was obvious to all that the festival no longer fitted in the Maleny Show Grounds.

The entire organising group had been searching for a venue for years, but it was not until July 1994 that the Woodford site was secured. The Infrastructure Project at Woodford commenced on the 2nd September 1994, just 15 weeks before the festival started. This project saw the foundations laid for future site infrastructure including 16 mega-litre dam, an extensive network of vehicular and pedestrian roads, pedestrian bridges, an underground sewage reticulation system, sullage and potable water reticulation, drainage and venue earthworks. Due to limited hire options at the time, the construction of the first camping shower and toilet blocks and a million other tasks were only completed literally minutes before the festival commenced. The festival was opened on the new land on the 28 December 1994 and was called the Maleny Folk Festival Woodford.

In 1997 the tree planting weekends commenced with people coming to the land for the weekend to participate in tree planting and cultural activities. Since 1997 over 100,000 trees have been planted on the site. This project has made considerable inroads in transforming the site from a dairy farm to a parklands dedicated to the arts and humanities and folklore, and festival goers are now able to camp in the shade of trees that they themselves planted.

Since 1994 Woodfordia Inc. has been investing in the land and developing it into a festival site. To date, in excess of $14M has been invested in site facilities. The major achievements include: 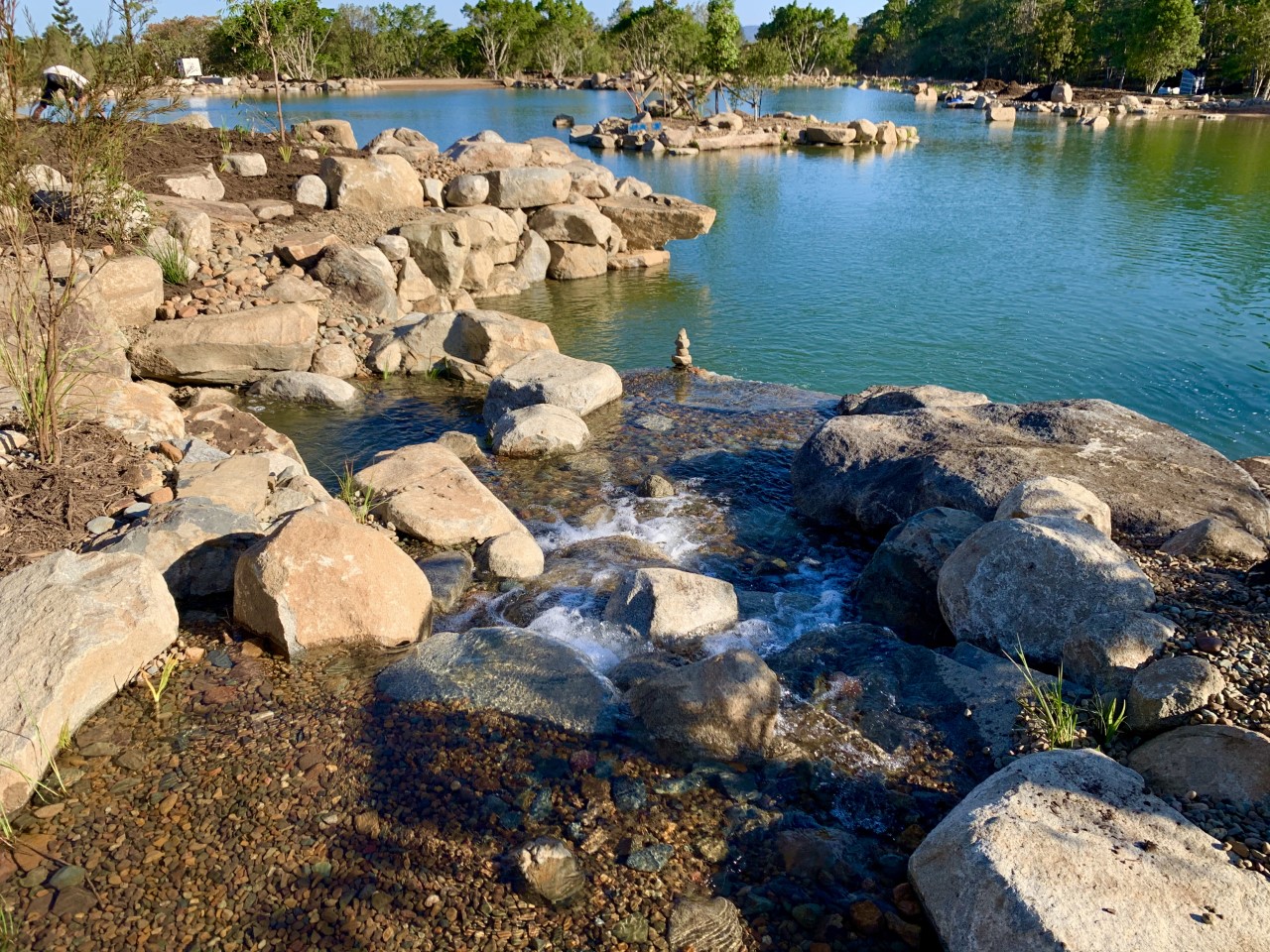